0
was successfully added to your cart.
Offerings

By Michael Brian BakerAugust 10, 2017 No Comments

Do you know… really know?

We were really humbled and excited to be invited to come and share breathwork at the Oregon Eclipse Festival 2017. We love the wildness of Oregon, the huge trees, fresh air, and the general feel of untamed, buzzing nature in the Pacific Northwest. 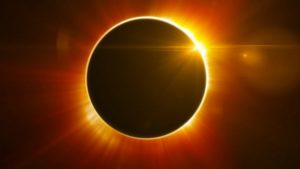 After a couple days of celebration, the reality sunk in that we would be out in the middle of nowhere with well over 60,000 people in a somewhat celebratory environment – that may even include the use of recreational drugs. Not to say that the proper relationship with plants and other potions is not valuable. Its more that – with the work that we offer, increased respect and awareness around consciousness and sobriety are a must.

The reason that we are bringing our work to Oregon Eclipse is to represent the population of our community that believes and knows inherently that we are the medicine, and that truly there is no need for recreational drug use in order to find non-ordinary, higher states of conscious awareness. While we in no way condemn the use of any chemical or compound, what we represent in our work is, healing, grounding, safety, nurturing transformation, and a protected space within this festival environment to be held, rejuvenated, and replenished with the energy required to go back out into the festival, full of vitality and breath-centered.

We come to this gathering to be in selfless service as devotees of consciousness and well being, as the particular astrological transit during this time is extremely heavy.

During a solar eclipse, we are cut off from our most vital source of life, the sun. This puts a lot of pressure on the earth. The sun feeds everything on our planet. Physically it feeds the greens which the animals eat, and so feeds the animals that many humans then eat. It feeds the leaves that create the air we breathe, and our cells and our bones with vitamin D.

When the sun is radiating down on the earth, it is also pulling up. Its heat creates a magnetic pull, pulling the blades of grass and leaves up and out away from the earth’s gravity.

In some indigenous traditions, the sun represents the masculine energy – constant, steady, unwavering. Its relationship with the Earth is as old as the Earth itself, appearing in the east and sliding down in the west, daily & rhythmically. When this source of stability has another object inbetween it and the earth, large enough to block out its light in totality, it creates a huge impact energetically.

To be honest, it can kind of make people a little crazy – its not just something to gawk at. Ancient Pagan traditions used to have huge celebrations & protection ceremonies when the sun was blocked, and the chi and sun ray life force was cut off. The reactions that people have during this time tend to lie in all of our shadow stuff – addiction, distraction, resistance.

At this particular festival, there will be large numbers of people off the grid, “celebrating” and cut off from service, comforts, and hiding places all together.

The truth is, its not a party. A Total Solar Eclipse hasn’t happened in 90 years – and what is the human life span? It can stand for a big change.

We are the spot for awakening, rebalance, and raising the frequency to that of love.

There is no hiding from change and transition. But you can be more present with it, and choose to ride downstream with self love and compassion rather than struggle against the upward current. Swimming in a sea of conscious & unconscious, awake & sleepy, beauty and contrast, can either bring you down or open yourself to who you truly are beneath the layers.

Oregon Eclipse starts Aug 17, and we have 3 discounted tickets left.

Come be with this powerful community, hear the wide range of music, witness the art, the creativity, the ceremony of frequency rising in numbers.

Bring your love, if you dare 🙂